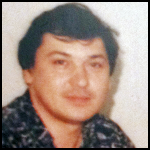 Batyr Berdyev was arrested on 7 December 2002 for allegedly participating in an alleged assassination attempt on then President of Turkmenistan Saparmurat Niyazov. He was tried along with the other accused people on 20-21 January 2003 and sentenced to 25 years. According to witnesses, Berdyev was severely beaten and tortured during his arrest and interrogation. During their trial, Berdyev and other defendants reported that they did not receive any food for days before the trial. Leonid Komarovsky, another alleged participant in the attempt, saw Berdyev six weeks after his arrest and described his appearance as ‘absolutely disfigured.’ His voice was last heard by a fellow prison inmate in May or June 2005. In 2007, during an official visit to the USA, President Gurbanguly Berdymukhamedov was asked whether Batyr Berdyev was still alive. He answered that “he thought so.” Apart from this 10-year old statement, the government of Turkmenistan consistently refuses to respond to any request for information.

Batyr Berdyev’s wife and child and other family members never saw him again after his arrest in December 2002. Apart from the unconfirmed information from fellow prisoners in 2005 and the vague statement by the President in 2007, there is no information whatsoever about where he is, how he is, and whether he is alive.