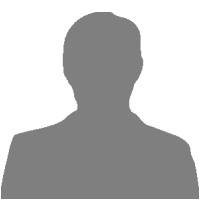 Position when arrested: Chairman of the Committee on National Security, Chief Legal Advisor to the President, Coordinator of Law Enforcement and the Military

Date of arrest: On March 4, 2002 he was relieved of all duties as Advisor to President Niyazov, Coordinator of Law Enforcement and the Military, and his rank was lowered to Lieutenant General due to shortcomings in his work.[1] On March 14, 2002 he was fired from his position as Chairman of the KNB. On April 1, 2002 Nazarov was stripped of military ranking, material and other benefits for military personnel, State awards, and dismissed from military service.[2]

Some sources indicate that Nazarov was placed under house arrest until trial.[3] On June 15, 2002 he and his key deputies were tried, and Nazarov was given a 20 year sentence.[4]

Charges: Although official court documents are not available, Niyazov accused Turkmen KNB leadership on national television of taking bribes, violating the rule of law, trade in and personal use of narcotics, interference with criminal proceedings instituted by the Ministry of Internal Affairs and other state bodies, arbitrary searches and arrests, falsifying evidence and human rights abuses such as beatings of defendants. Niyazov highlighted that the KNB leadership continued to employ the methods of the USSR KGB, when the secret services presided over all government institutions.[5]

Sentence: Nazarov was given a twenty year sentence, 3 of which must be spent in prison.[6] Other sources say he was sentenced to 25 years.[7]

Biography: Nazarov began his career in 1975 in the Komsomol. In 1982 he joined the Government Security Committee (KGB) in Turkmenistan and rose through the ranks from an operational employee to Deputy Chairman of the National Security Committee (KNB) of Turkmenistan (January 6, 1993), and served as Chairman of the Committee National Security of Turkmenistan from October 11, 1996 to March 14, 2002. Between 1992 and 1998, Nazarov rose through the ranks from Lieutenant Colonel to Lieutenant General, Major General, and Colonel General. In 1994 and 1997, he traveled to Moscow and requested extradition of political refugees from Russia to Turkmenistan, which was rejected by the Attorney General’s Office of the Russian Federation. From May 7, 2001, he was also the Advisor to the President of Turkmenistan on Legal Affairs and Coordinator of law enforcement and military authorities.

During his career he received two official reprimands. In September 1998, he was reprimanded in connection with an incident in a tank regiment in the city of Kazandzhik, as the head of the State Commission on investigation into the incident. Then, on December 2, 1998 he was given a strict reprimand for the shortcomings in the operational activities of national security, which led to untimely adoption of necessary measures to prevent the mass accumulation of citizens in the Pagta branch of the Central Bank Association of the Agriculture and Credits Bank of Turkmenistan (Daikhan banks) in Ashgabat, and disturbance of public order.

He was presented the awards “Bitaraplyk” (December 1999), “Turkmenbashi” (October 1998), the Order of the President of Turkmenistan “Garassyz Turkmenistana bolan beyik soygusi ucin” (January 2001), and the medal, “For the Love of the Fatherland.”

Information on arrest/treatment during imprisonment: In the fall of 2002 it was reported that Nazarov was being held in a prison in Krasnovodsk (Turkmenbashi) BLT-5, in one of the special cells especially for members of the security forces who had been charged with crimes. In 2003, it was reported that Nazarov was suffering from severe mental instability. Numerous unofficial reports state that he died on September 10, 2004.

Relatives arrested/harassed/detained: The only information available is on the imprisonment of Nurtach Velmamedova, a relative of Nazarov. She was held in DZK-8, and was not allowed to meet relatives or receive parcels or letters. She was prevented from interacting with other inmates, and guarded by bodyguards who would escort her and other female prisoners to the bathroom and canteen.[8]

[8] Turkmenistan Initiative for Human Rights, International Labor Organization. Compliance with the Convention against Torture and Other Cruel, Inhuman or Degrading Treatment and Punishment: Turkmenistan. Vienna/Paris 2011. http://www.fidh.org/IMG/pdf/CAT_Turkmenistan_alternative_report_TIHR_-_ILA_-_FIDH_.pdf. Accessed on 18 November 2013.