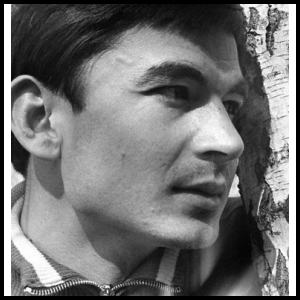 Sentence: He was sentenced to 25 years in imprisonment:[3], [4] 5 years in prison, the rest in a penal colony, followed by living in a prescribed place for 5 years, and a prohibition against holding substantive and responsible management positions for 3 years. Even before the court hearing, on the 20th of December, the Supreme Council for Science and Technology under the President of Turkmenistan stripped Rakhimov of his degree of candidate of historical sciences.[5]

Biography: Serdar Rakhimov was a Turkmen journalist, social and political activist, and leader of the Communist Party of Turkmenistan.

Last seen/heard about: Unknown. Since Rakhimov’s arrest, there has been no reliable information about his fate. His relatives are not aware of where he is serving his sentence. He is denied the right to receive parcels and letters, and is not to be considered for pardon; he is not allowed visits from representatives of international human rights organizations and the International Committee of the Red Cross and Red Crescent.[9]

In an interview with Vitaliy Ponomarev, a former inmate at Ovadan Depe who escaped Turkmenistan disclosed important facts about the internal order of the prison. In particular, the ‘Novemberists’ or those convicted in the so-called assassination attempt against President Niyazov, are kept in cells with fully closed windows in a separate section of the prison. However, their cries can be heard in the quarantine chamber, where inmates come for a time. The Novemberists cry out to let the others know about their fates and situations. The source managed to make out that Serdar Rakhimov was still alive in Ovadan Depe when he was there in March 2007.

On August 18, 2009, a group of journalists who graduated from Moscow State University appealed to their colleagues and human rights activists to support an action in defense of Boris Shikhmuradov and Serdar Rakhimov, both graduates of the Faculty of Journalism of Moscow State University. In their initiative, the journalists asked President Medvedev to act as guarantor of compliance with the mandate of the Russian Federation Ministry of Foreign Affairs to seek a meeting of the representatives of the Russian Embassy in Turkmenistan with the detainees, in order to assist them. The group reminded Medvedev of his own words that “an absolute priority for us is to protect the life and dignity of our citizens, wherever they may be” and asked him to take matters of the two Russian citizens under his personal control.[10],[11]

Many individuals, including members of the Russian Communist party, as well as Serdar Rakhimov’s son, wrote to Niyazov, asking for Rakhimov’s release: http://www.trudoros.narod.ru/akm/2013/07/trkm.htm.

Relatives arrested/harassed/detained: Sixteen of Rakhimov’s relatives were fired from their jobs.[12]