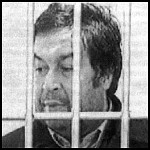 Current situation: Until the middle or end of 2003, he was held in isolation in a detention center of MNS in Ashgabat. Further information about his fate in unavailable. According to an unconfirmed report, in 2005 he was held in the prison in the city of Turkmenbashi. There have been repeated rumors about his death in custody; however, there is no reliable information available. Thus, in May 2009 Amnesty International referred to unconfirmed information about death of Boris Shikhmuradov. In August 2009, an article in the “Gara kurt” blog reported on rumors stating that Boris Shikhmuradov was killed in Ovadan Depe prison three days after the death of Niyazov in December 2006. According to another version, he died in Ovadan Depe in December 2006, not long before the death of Niyazov. President Berdymukhamedov, during a visit to Columbia University on September 24, 2007, answering a question about the fate of Boris Shikhmuradov and Batyr Berdyev, said, “I am sure that these people are still alive” (http://www.fergananews.com/news.php?id=7191). This has been the only public statement on the fate of Boris Shikhmuradov by the Turkmen authorities.