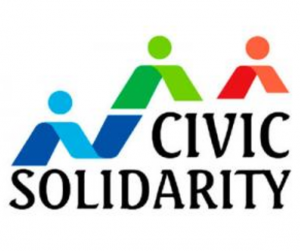 Vienna – The Turkmenistan Civic Solidarity Group, acting as part of the Civic Solidarity Platform, delivered a statement at the OSCE Supplementary Human Dimension Meeting on freedom of expression and freedom of the media. In the statement, activists raise strongest concerns over the recent attempts of the Turkmenistan government to curb freedom of expression and access to information in the country as well as to use aggressive propaganda against civic activists and thus push Turkmen society even closer to total isolation from the outside world.

Among gross violations of freedom of expression and access to information in Turkmenistan, the statement emphasized the adverse effects of the nationwide campaign to destroy privately owned satellite dishes. The campaign is run on the pretext of “improving the look of cities.” Satellite antennas serve as the only means for people to access independent international television and radio broadcasting, including Radio Azatlyk, the only independent Turkmen-language radio program. After a short pause that followed the OSCE Representative on Freedom of the Media intervention, the campaign now has resumed with new vigor. Local observers have described the campaign as “information terror.”

Another odious trend emphasized in the statement are smear campaigns targeting Turkmen civil society activists in propaganda-driven publications that are supported by Turkmenistan’s senior government officials. These publications attack specific individuals, independent activists as a social group, and civic engagement as a phenomenon.

In their efforts to construct the enemy image, these publications also engage in explicit anti-Semitism. “Blatant and increasing anti-Semitism projected by the authors and the government officials who stand behind them clearly indicates that they have crossed the last boundary,” says Yuri Dzhibladze, President of the Centre for the Development of Democracy and Human Rights.  “This disgraceful practice deserves strongest condemnation by the international community. Turning a blind eye would be both impossible and unacceptable.”

Along with increased attacks against and persecution of activists cooperating with foreign NGOs and media, this smear campaign is aimed at preventing any information about human rights abuse from getting outside of the country.

For many years, Turkmenistan has had no independent mass media, and the government has prohibited the distribution of foreign press and brutally suppressed freedom of speech. However, recent developments could push the country even closer to total isolation from the outside world. Turkmenistan Civic Solidarity Group urges the OSCE members to pay attention to this dramatic turn of events them to take action to stop Turkmenistan’s slide towards dictatorship.

Yuri Dzhibladze, President, Centre for the Development of Democracy and Human Rights

Statement by the Prove They Are Alive! Campaign The Prove They Are Alive! campaign has learned from a trustworthy source[1] that a former high-ranking Turkmen government official, Yazgeldy Gundogdyev, died in custody on December 28, 2020. Gundogdyev, 64, was former Head of the International Department of the Presidential Administration and the former Head of Administration […]

On August 30, 2018, The Organization for Security and Co-operation in Europe (OSCE) Permanent Council issued a statement expressing its concerns about the enforced disappearances in Turkmenistan and called on Turkmen authorities to immediately eradicate the problem. The organization also called on all the participating states to ratify the International Convention for the Protection of All Persons from Enforced […]